EXCELSIOR HOTEL GALLIA | Only One Group 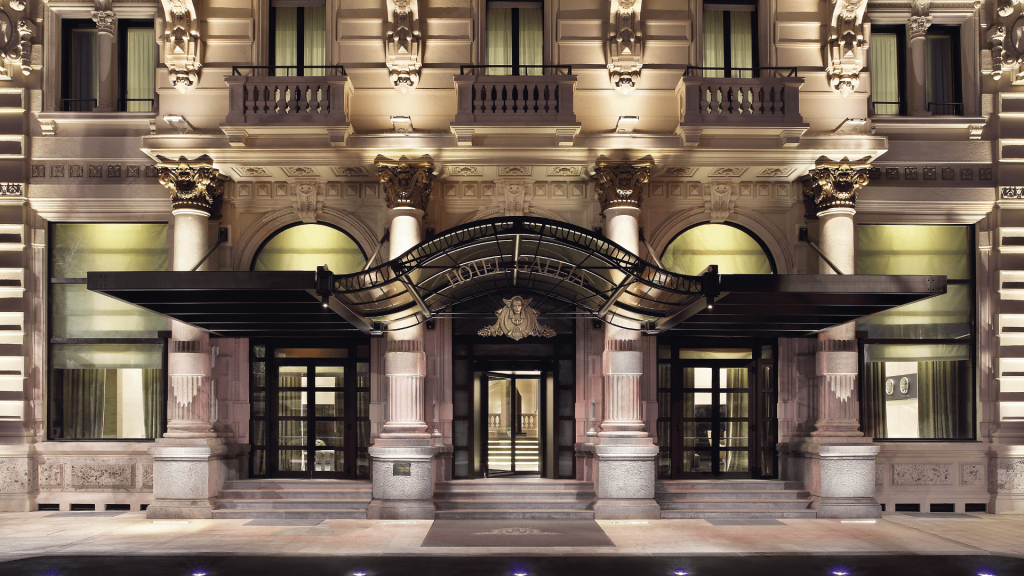 A vibrant and unexpected presence in Piazza Duca d’Aosta, where the ancient dialogues with the contemporary, flanking the pristine modernity of the Pirelli Palace with discreet elegance, presenting itself without fear to the city, here is the new Excelsior Hotel Gallia, a building that tells a changing Milan.
Since 1932, the year of its inauguration, Hotel Gallia has incorporated the essence of the imaginary Belle Epoque with the impressive moldings of its fronts and the halls decorated with marble with an ancient flavor, alongside some wonders of “modernity”.
Fuda Marmi s.r.l., in collaboration with Studio Marco Piva, has partecipated in the restyling of some of the most presti-gious areas, such as: The creation of the Katara Suite, The Spa, The Reception Hall and The Terrace Restaurant.
The know-how and experience of Fuda Marmi have joined (supported) the studio of Marco Piva, not only with to the simple realization of the works, but also in transforming all the fascinating and prestigious ideas of the architect into reality.
In the specific case of the Reception Hall, the company has created a customized flooring, with centerpiece made by a mix of combined essences, including granite, limestone and brass, all managed with the optimization of the cuts through the use of numerical control machines.
While a meticulous work was carried out at the entrance to the Promenade, taking care of every detail in use of different materials, such as granite, glass and brass; the mix of these materials was difficult to manage, but with experience and technology, it was possible to satisfy every request, obtaining a result that meets to expectations.
Another particular adventure is, of course, represented by the construction of the pool area and the Spa, in which different finishes were played out. In fact, at first, the use of the same stone was combined with steel, for the definition of the lines and for a play of submerged light, while in the Spa area everything is characterized by customized elements, through the pencil of the architect Marco Piva, who made specific pieces. An example is the Turkish bath, with tubs that have been made from a single solid piece, so the sensation that due to the finishing changes that can be perceived by touch, the sensation that this work transmit, to those who observe it for the first time, is of sweet and soft shapes.
Finally, another gem, even more complex in its construction, is represented by the Master Bathroom of the Katara Suite, where, once again, craftsmanship and innovation are mixed.
Here, too, masterful combinations of different materials were performed which enhanced the project.
The alternation of natural and technological materials has made it possible to create bespoke pieces, which the human eye perceives as a single block. An example of this is the panel of the tub in extra-white onyx “curved” on a single radius, without altering the appearance of the new material.