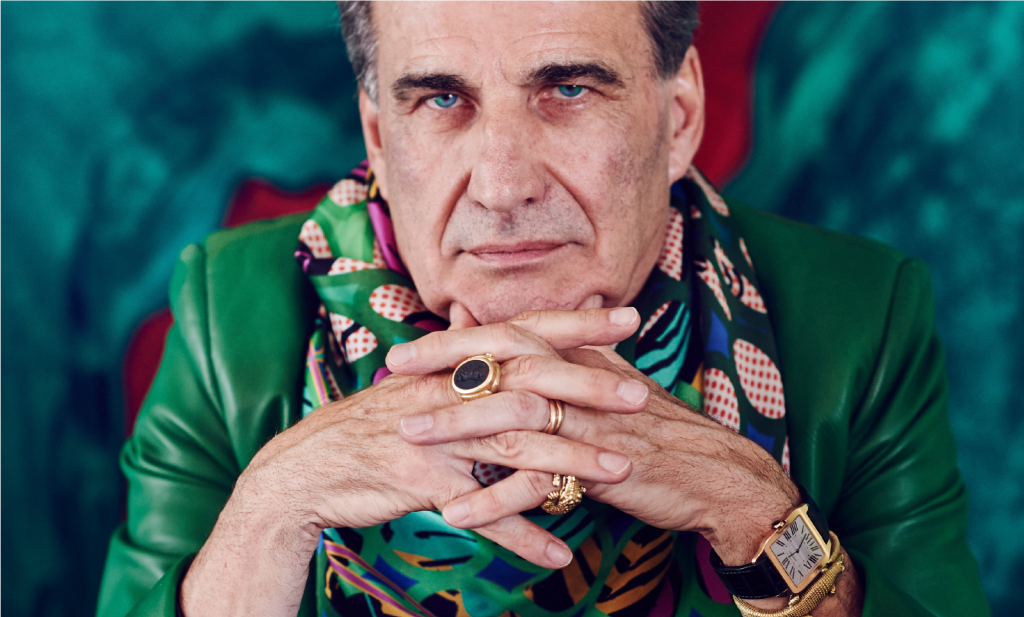 Carlo Rampazzi, architect and designer, has never been too interested in fifty shades of gray. “Yes, I’m talking about that ubiquitous gray in homes that you see everywhere in interiors magazines today,” he says. “It’s a color that I use very little. There is such a variety of nuances in the world that it seems crazy to all start chasing the same color, even more so if it is so gloomy and penitential “. Rampazzi is not a man of half tones. He is an eccentric and indomitable spirit, ironic and provocative, the last emperor of a lineage of visionaries who, in the four corners of the planet, lead their personal crusade against the obsession with trends and the homologation of styles. After all, he is the first to refuse to be pigeonholed under a label: not even the institutional one of “Swiss designer”, even if in fact in Ascona, Canton Ticino, the Swiss shore of Lake Maggiore, he was born and has always studied and showroom.

“The place where each of us falls on Earth must be a starting point, a shoot that reaches out to the sky, not a root that holds and ballast”, clarifies this all-round creative who, after graduating in Architecture and Inte-rior design in Lugano and Paris, in 1970 he began – not yet thirty – his cosmopolitan career. Over time, projects for prestigious international clients have matured and, in 2003, the partnership with Sergio Villa Mobilitaly of Sergio Villa begins. The Lombard artist and decorator, custodian of a unique savoir faire in the field of high artistic craftsmanship, has participated and still participates in the creation of the most exclusive furniture collections by Rampazzi but also in tailor-made settings for private residences, the boutiques, the starred restaurants (such as Rico’s in Küsnacht, Zu-rigo) and for the grand designer hotels: from the Eden Roc in Ascona to the Tschuggen in Arosa, from the Carlton in St. Moritz to the Valsana in Arosa, from the Bülow Palais in Dresden to Burj al-Arab in Dubai. In each of his works, from the tray to the cruise ship (such as the Sound Of Music in Amsterdam), Carlo Rampazzi always brings into play a timeless vision of the project and furnishings but, above all, the passion for explosive colors, protagonists of a full, decisive, all-encompassing table. Which has remained the constant of his aesthetic storytelling even during the cold nineties, the period in which white minimalism dictated the law everywhere, from fashion to industrial design.

“Like music, color is also a vibration that breaks boredom and resonates with the whole person: eyes, skin, heart. Color has an extraordinary evocative power, it carries messages, it is culture, history, philosophy, geography, magic, sentiment… I wonder why, at a certain point, ordinary people but also architects and creatives began to reject it, almost as if they wanted to put a mask over their eyes ”, wonders Rampazzi, who recently signed Le secret de Lalique, a limited edition table-sculpture in precious woods and crystals. “Many say they appreciate red, purple, orange, turquoise, but then they would only like cream at home, because they fear they will get tired. I reply that the universe around us is made up of color: from the plumages of birds to the wings of beetles, from forests to sunsets, color is really everywhere. In the ancient world, then, neutral tones did not exist: the houses of Pompeii were in technicolor, but also the Etruscan civilization, to which I dedicated a capsule of furniture and accessories, was inspired by a palette of very bright shades, of which a trace has come down to us. I am also thinking of the mosaics of Ravenna, of the Sistine Chapel, I am thinking of the Baroque masters, of Matisse, of Chagall… Why shouldn’t we treasure this extraordinary chromatic heritage?”.
A visit to the Selvaggio atelier of Carlo Rampazzi in Ascona, not far from that Monte Verità frequented by the most eclectic artists, thinkers and philosophers of the last century, is an immersive experience.