OUR FUTURE GREEN BY Carlo Rampazzi | Only One Group 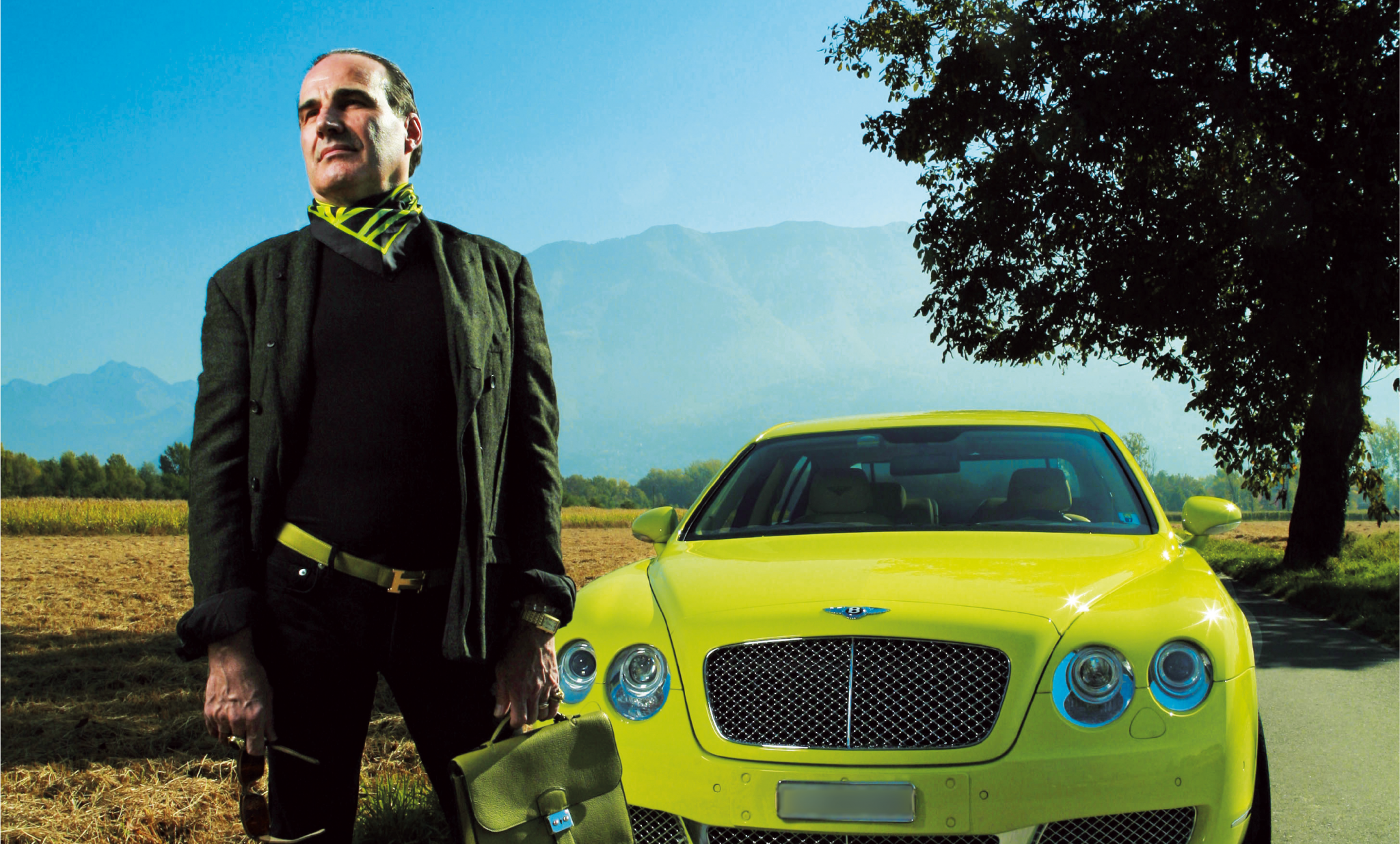 “OUR GREEN FUTURE” BY CARLO RAMPAZZI

“I was looking for a green capable of infusing me with optimism and serenity, and I found it. It is a color that did not exist before and, above all, had never been used for a car that was already born deluxe, but which now – thanks to color – has become unique “.
Well ahead of current times, which identified the green as the best flag for the battles against “climate change”, at the beginning of the 2000s Carlo Rampazzi had already sensed the extraordinary energy that emanates from the green and contains in its DNA the solar power of yellow and the sidereal depths of blue.
It may also be because it was born under the “naturalist” sign of Taurus that the architect selected the green for his dream car. It certainly could not have been a standard reference: the choice fell on a very fresh Lemon green, which Rampazzi selected in England with the Bentley team.
He had a four-door sedan painted (it’s the Continental Flying Spur model), which produces 559 horsepower for a top speed of 312 km / h. It has been carefully customized in nuance even in the interiors to become, as well as an object-sculpture, a projection of the style of its owner and his way of living travel and life.
“Working for months with tests and samples, I finally fell in love with this magnetic color, which makes me happy just looking at it and which I feel akin to my personality”, explains the Designer. The chromatic reference to citrus peel is too obvious, because Rampazzi’s Lemon green is much more: “It is neither metallic nor satin, it is neither cold nor hot: it is a nuance that changes according to the light and the climate, to the glare of the sun and raindrops. It suggests that this car of mine is a bit like the mood, like the encounters, like the emotions that fortunately are never the same “.
It is not uncommon to meet Rampazzi not far from the Ascona studio as he gets out of his Bentley wearing a pair of handdyed leather ankle boots that his friend “shoes designer” Olga Berluti tailored for him, taking inspiration from the tone of the bodywork. And it is equally frequent that during the long “by car” transfers the architect wears another “small, big madness” shoulder strap: the apple holder that in 2003 he had the atelier of the Commandes spéciales of Hermès made according to his design. and which over time has become an icon of the renowned Parisian Maison. “It was a time when I was following a diet, and the snacks had to be based on apples only,” recalls the architect. “I lived that prescription with discomfort, and it weighed on me the idea of having to take fruit with me to the office in the same sad little box.
This is why I decided to transform the snack time into a playful aesthetic ritual “. Thus was born, from the visionary imagination of Rampazzi and the unrivaled savoir faire of the Hermès artisans, the Lemon green leather envelope, complete with leaves and stalk, internally lined with a silver shell (which, among other things , it is also an antibacterial material). The whole is completed by a long bandoulière accompanied by a small knife, to always have at hand the necessary for a colorful and healthy snack. Carlo Rampazzi’s apple holder has remained a unique piece, which until 2020 Hermès exhibited in numerous exhibitions around the world.